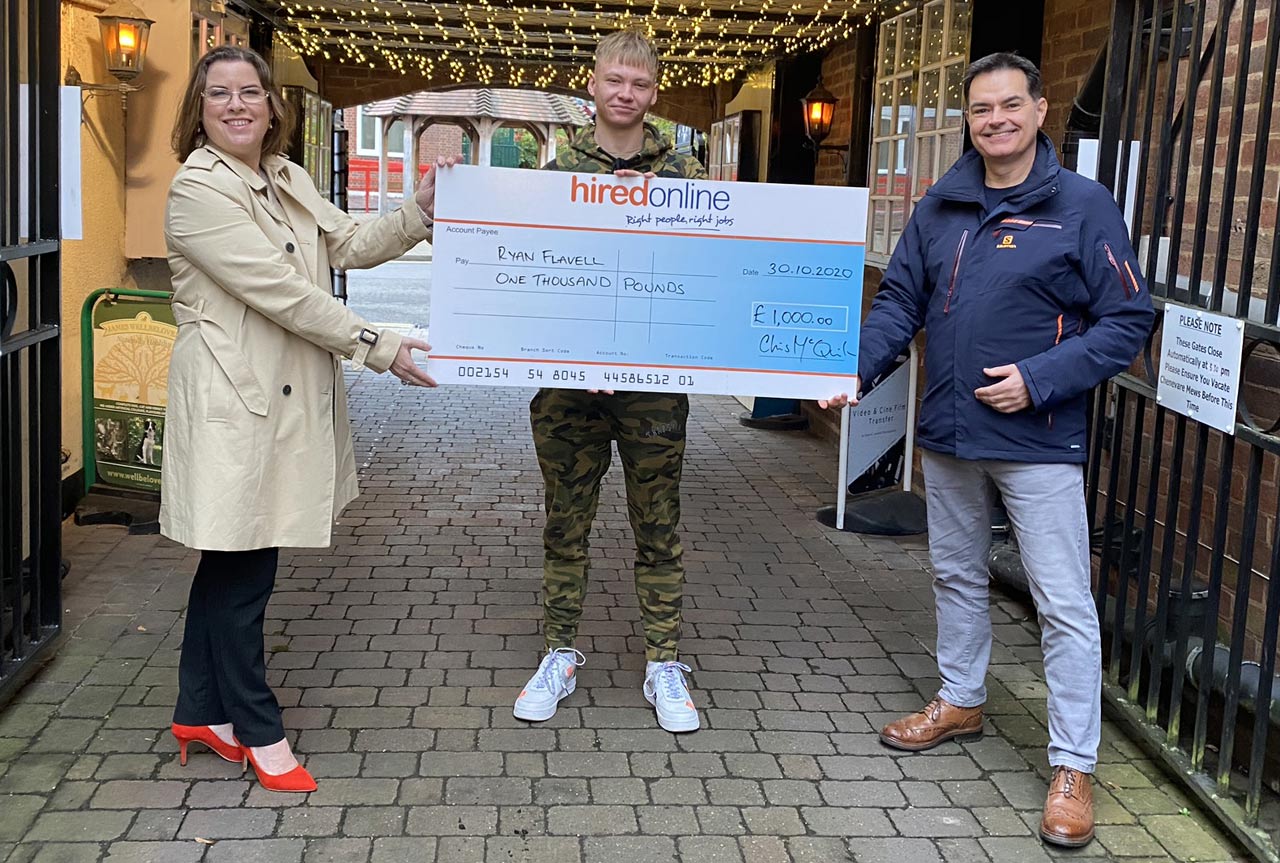 The aim of the award is to recognise and reward young people for action they've taken in pursuit of their vocational aspirations.

The prize of £1,000 plus ongoing support, mentoring and advice is awarded to individuals who demonstrate a dedication to achieving their goals by going the extra mile.

The Hiredonline Young Entrepreneur Award for 2020 goes to Ryan Flavell.

Ryan is a musician from the village of Kinver, Staffordshire, who has had a passion for music since the age of seven when his uncle first introduced him to hip-hop.

Ryan is known by the artist name 'Septem'.

Ryan references artists such as 2Pac & Eminem as heavy influences on his music, however he takes a lot of inspiration from artists across multiple genres. This goes hand-in-hand with Septem’s ability to create ‘genreless’ music, a term used to describe his ability to cover multiple genres within his music. Ryan's approach to song writing is that of a story teller. You only have to listen to his well thought out lyrics, to see how Ryan draws upon his life experiences which add feeling and depth to his tracks.

2020 has been incredibly difficult for young people looking for employment and career opportunities. Hiredonline first became aware of Ryan's talent when our Managing Director Chris McQuillan came across one of Septem's tracks that had been published on Social Media.

The track is aptly named 'Lockdown' which discusses the Covid-19 Lockdown crisis and tackles harsh subjects and realities. The song has been very well received by Septem's growing fan base and is available for download from Spotify and other online channels.

We were particularly impressed with how Ryan used the time during lockdown to explore new skills which has further helped him to achieve his ambitions.

I was delighted to be able to present this cheque to Ryan on behalf of Hiredonline.

Although we are all struggling at the moment with restrictions associated with COVID 19, Ryan has turned this time into a real positive for himself, by thinking outside of the box and making something really creative like this track and video.

It just goes to show that sometimes it’s not about what we can’t do, but actually, what we can do, right now. Ryan’s work is a great example of this.

I wish him all the best for his endeavours in the future. Very well deserved.

How Septem intends to spend the award money

"The initial action I’d take is to release the music video for Lockdown. Visuals are key to a song blowing up, as we live in a world where most individuals are visual listeners. In addition to this, I’m looking to get the video published on one of the larger YouTube music platforms, which will open my brand to a wide array of new custom. I would also use the funds to promote and market the song and video across various social media channels."

Septem's trailer video that he intends to build upon.